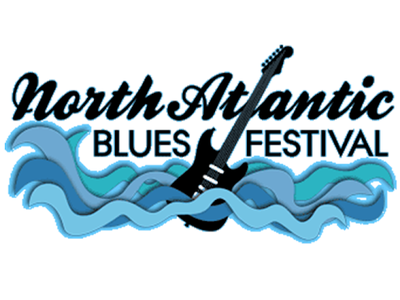 The North Atlantic Blues Festival is an annual two-day blues music festival featuring national blues performers and considered one of the most prestigious on the East Coast. The festival is held at the Public Landing in Rockland, Maine, overlooking the picturesque Rockland Harbor. Some of the top names in blues music have been featured at this prestigious East Coast festival. In addition to all day live entertainment, the festival has vendors selling a wide array of food, drinks and crafts. Saturday evening Main Street is closed to traffic for the NABF Club Crawl. Attendees of legal age, wearing their wristband from the festival are allowed free admission to the many bars and restaurants featuring many of the top regional blues performers. There are also bands performing on Main Street for all ages at no charge.

Festival Info
•Ticket gates open at 9:00 a.m. and music starts at 11:00 a.m.
Saturday and Sunday.
•Bring a lawnchair or blanket. Some folding chairs are available at the front left of the stage for no charge. The yellow covered chairs to the right of the stage are VIP seats.
•Chairs can be brought on the grounds 6:00-8:00 AM Saturday.

Stay in the Know
News from Belfast, Waldo County, and Beyond!
Sign up for our e-newsletter and get the latest events, announcements and promotions from local businesses and communities right in your inbox!